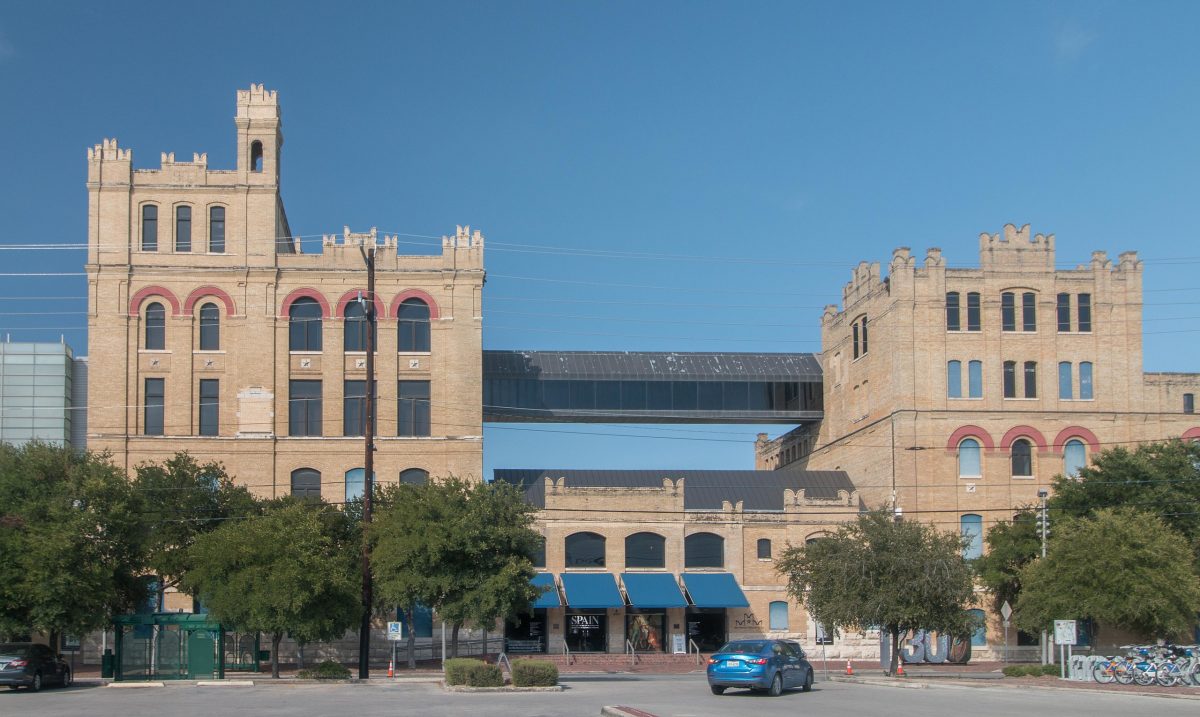 Though it’s served as the home of San Antonio Museum of Art for nearly thirty years, the complex of buildings at 200 W. Jones Avenue in downtown San Antonio, TX, has a history dating back much further.

The complex was originally constructed between 1895 and 1904 to house the operations of Lone Star Brewing Company, a subsidiary of Anheuser-Busch. A faint outline of the numbers “1903” can still be seen atop the complex’s tallest building. Its design, which invokes elements of Romanesque Revival architecture, was a collaboration between the locally-based firm Wahrenberger & Beckmann and the St. Louis-based firm E. Jungenfeld and Co., which had previously worked with Anheuser-Busch on other brewery projects.

The brewery was severely impacted by the enactment of Prohibition; it ultimately ceased operations in the early ‘20s. (The Lone Star brand would later make a comeback and is still in production today, now owned by Pabst Brewing Company.)

Over the following decades, the complex was utilized for a variety of purposes ranging from commercial to industrial to storage space, but a comprehensive purpose for the entirety of the complex had yet to emerge.

In the ‘70s, the local Witte Memorial Museum acquired the complex to house its rapidly-expanding art collection. The buildings underwent $7.2 million in renovations, funded through a combination of public and private grants. The complex was also added to the National Register of Historic Places in two separate entries – one in 1972 and one in 1979.

The revamped complex, dubbed the San Antonio Museum of Art, opened in March 1981. The museum has since gradually renovated and expanded its gallery space within the complex, and in the mid-‘90s a public courtyard opened out in front of the museum.

Today, the San Antonio Museum of Art continues to operate within its downtown San Antonio space and the city’s iconic Riverwalk has even been expanded to include the property. For more information about the museum, visit its website at samuseum.org.