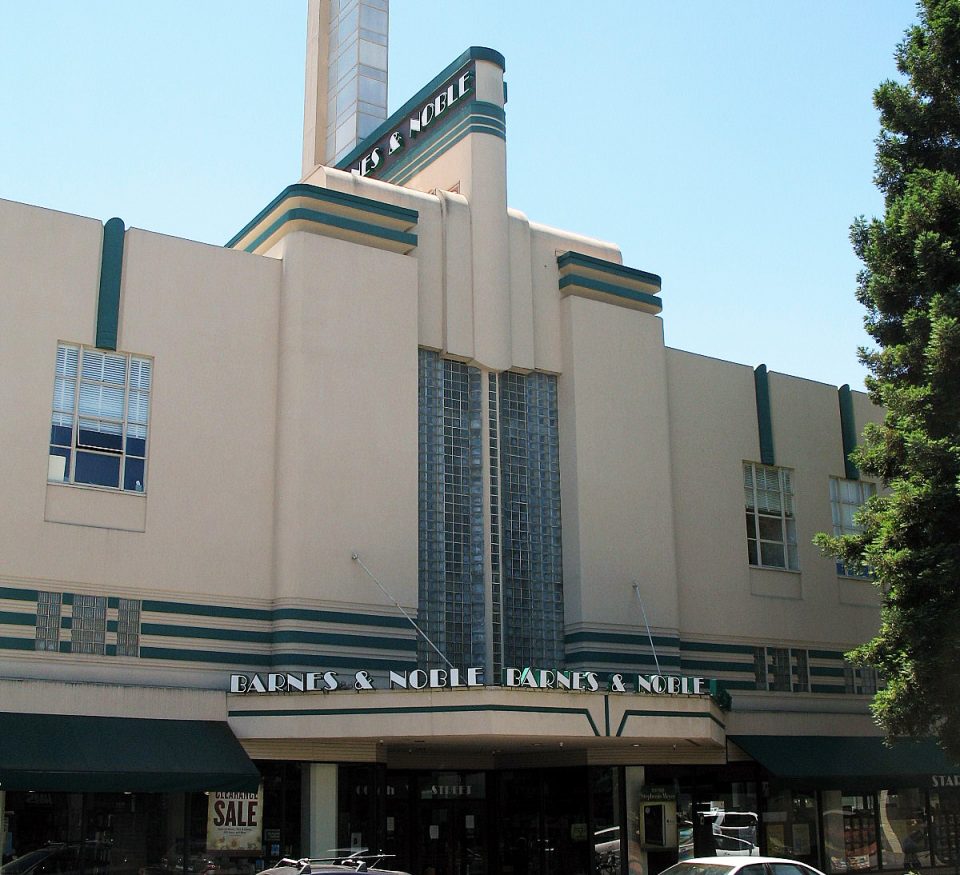 It’s likely obvious to anyone who passes by the Barnes & Noble in downtown Santa Rosa, CA, that the bookstore chain was not the building’s first tenant.

Indeed, the Moderne-style structure at 700 Fourth Street was built in 1937 for Rosenberg’s Department Store. The store, founded by Max Rosenberg in 1896, had already planned on relocating from its existing building on Fourth Street, but those plans accelerated when that building was destroyed in a fire.

Designed by local architect Cal Caulkins and San Francisco-based architecture firm Hertzka & Knowles, the Rosenberg’s building featured two sections: one with two stories plus a mezzanine, adorned with a central marquee sign structure, and another one-story section designed for an additional tenant. Grocery chain Purity Stores occupied the one-story section until the 1950s.

The building remained mostly unmodified until the mid-‘60s, when a renovation project expanded Rosenberg’s into the one-story section, modified historic elements of the original storefront, and added a small section to the back of the building.

Rosenberg’s went out of business in 1988, and its vacant building decayed rapidly. The old store was set for demolition in the early ‘90s until the San Francisco-based development group Sonoma Commercial Investors purchased it and initiated redevelopment efforts.

SCI brought in Tierney / Figueiredo Architects to lead the restoration and redevelopment efforts, which involved restoring the building’s façade and recreating some of the historic elements that were lost in the mid-‘60s renovations. The firm was aided in its efforts by architect Peter G. Hendrickson. The project was completed in 1994, at which point the building was added to the National Register of Historic Places.

Following the building’s restoration, SCI secured national bookseller Barnes & Noble as its primary tenant. The chain moved into the building’s ground floor and mezzanine space the next year and added marquee signage that replicated the former Rosenblum’s lettering.

Barnes & Noble has since added a Starbucks Coffee café within its location, and the building’s upper floor is leased to local businesses. Today, it remains open in downtown Santa Rosa, with its historic building serving as one of few surviving Moderne structures in the city.