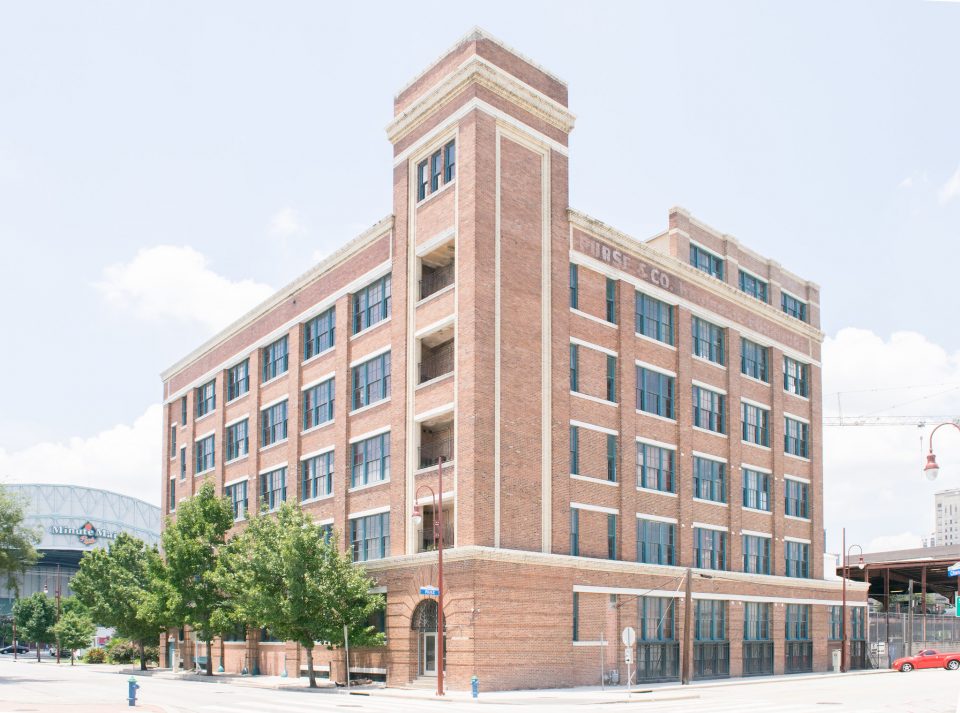 Though it’s now home to over 50 loft-style apartment units, the building at 15 North Chenevert in Houston, TX, was first a production hub for snack manufacturer Nabisco.

The six-story building, located a few blocks over from Minute Maid Park, was constructed in 1910 as the southwestern production facility for the National Biscuit Company. The company, which was formed through a merger of several older biscuit companies, began operations in 1898 and was expanding rapidly at the time.

The company’s new Houston facility was designed by its in-house architect, Albert G. Zimmerman, who designed several other Nabisco facilities throughout the country. Its most distinctive feature was a seven-story stair tower at the corner of Chenevert and Ruiz streets.

The building served as Nabisco’s southwest production hub, cooking up the company’s branded snacks which, at the time, included Fig Newtons, Barnum’s Animal Crackers, and Nilla Wafers. Later it would produce newer Nabisco products such as Ritz Crackers, Lorna Doone cookies, and Oreos.

Nabisco operated within the facility until 1949, when it relocated to a larger suburban facility.

Following Nabisco’s exit, the building was purchased by Purse & Co., a wholesale furniture and carpeting distributor which operated in multiple major cities in Texas including Dallas. Purse & Co. occupied the building for a few decades before going out of business, at which point the building was left vacant.

By the time it was added to the National Register in early 1998, the building remained vacant but had been purchased by a local development group with plans for loft-style apartment units within the historic property. It took several years, but those plans were realized when City View Lofts first opened its doors in 2011.

Today, City View Lofts sits amidst a revitalized downtown Houston, spurred in part by the earlier development of nearby Minute Maid Park.