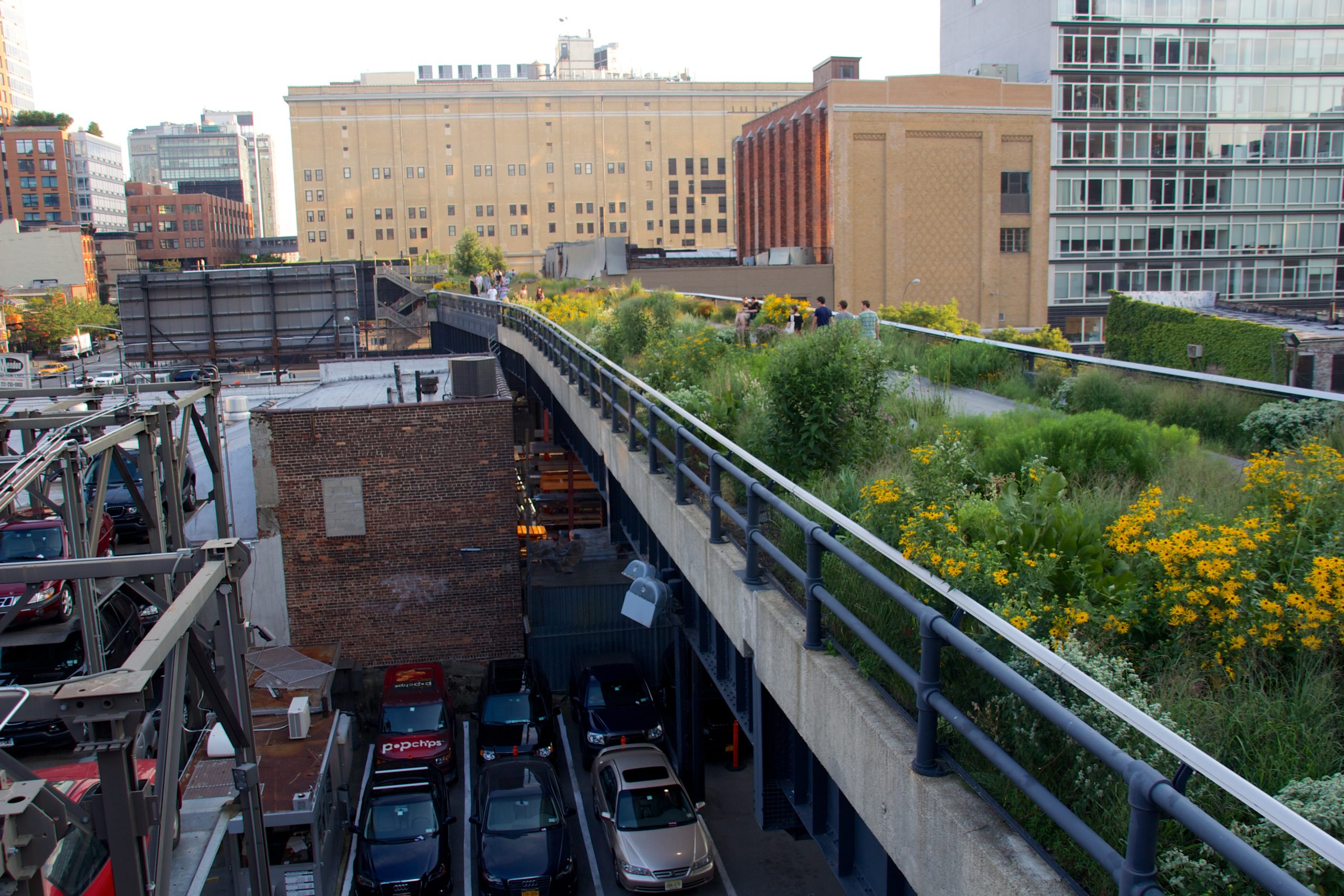 While most adaptive reuse projects involve a building of some sort, some of the most innovative examples of adaptive reuse in America instead focus on outdated or unused infrastructure.

A perfect example of this type of infrastructure reuse is the New York High Line, a 1.45-mile elevated public park that stretches from Gansevoort to 34th streets on Manhattan’s West Side.

The High Line was originally an elevated railway for New York Central Railroad known as the West Side Elevated Line. The railway was built in response to a large number of pedestrian accidents involving trains. Its construction required the demolition of hundreds of existing structures, as it ran through city blocks rather than directly over streets. This was done so that it could connect directly to multiple important warehouses and factories, including Nabisco’s factory.

When usage of the line dwindled in the ‘60s with the rise of commercial trucking, a portion of its southern end was demolished. By the early ‘80s, all traffic had stopped on the line, which was then owned by Conrail.

Local resident Peter Obletz formed the West Side Rail Line Development Foundation in 1983 in an attempt to try to protect the line from demolition, but nonetheless, by the ‘90s the city was eager to bring it down. A five-block stretch of the line was torn down in 1991 for redevelopment, but full demolition never materialized. Instead, the line grew thick with wild plants that covered up the tracks.

Around the turn of the century, Joshua David and Robert Hammond founded the nonprofit organization Friends of the High Line to advocate for preservation and reuse of the line. The nonprofit opened up a global competition to come up with ideas for redevelopment, ultimately settling on a public park as its concept.

CSX Transportation, which had by then become the line’s owner, donated it to the city in 2005. Work began the following year on a new park designed by landscape architecture firm James Corner Field Operations, design studio Diller Scofidio + Renfro, and planting designer Piet Oudolf.

And the final phase of the project was completed last spring, completing the span of just under one-and-a-half miles of public parkland within the NYC Parks system. In addition to many walking, running, and resting spaces, the High Line features over 500 species of plants and trees, multiple viewing balconies, an open-air food market, a semi-enclosed pathway with video programming, three public restrooms, and elevator and ramp accessibility.

Since the opening of its original span in 2009, the park has welcomed millions of visitors and become one of Manhattan’s most popular tourism destinations. It’s even inspired similar projects in cities like Philadelphia and Chicago. It serves as a fantastic example of what can be done with unused city infrastructure.