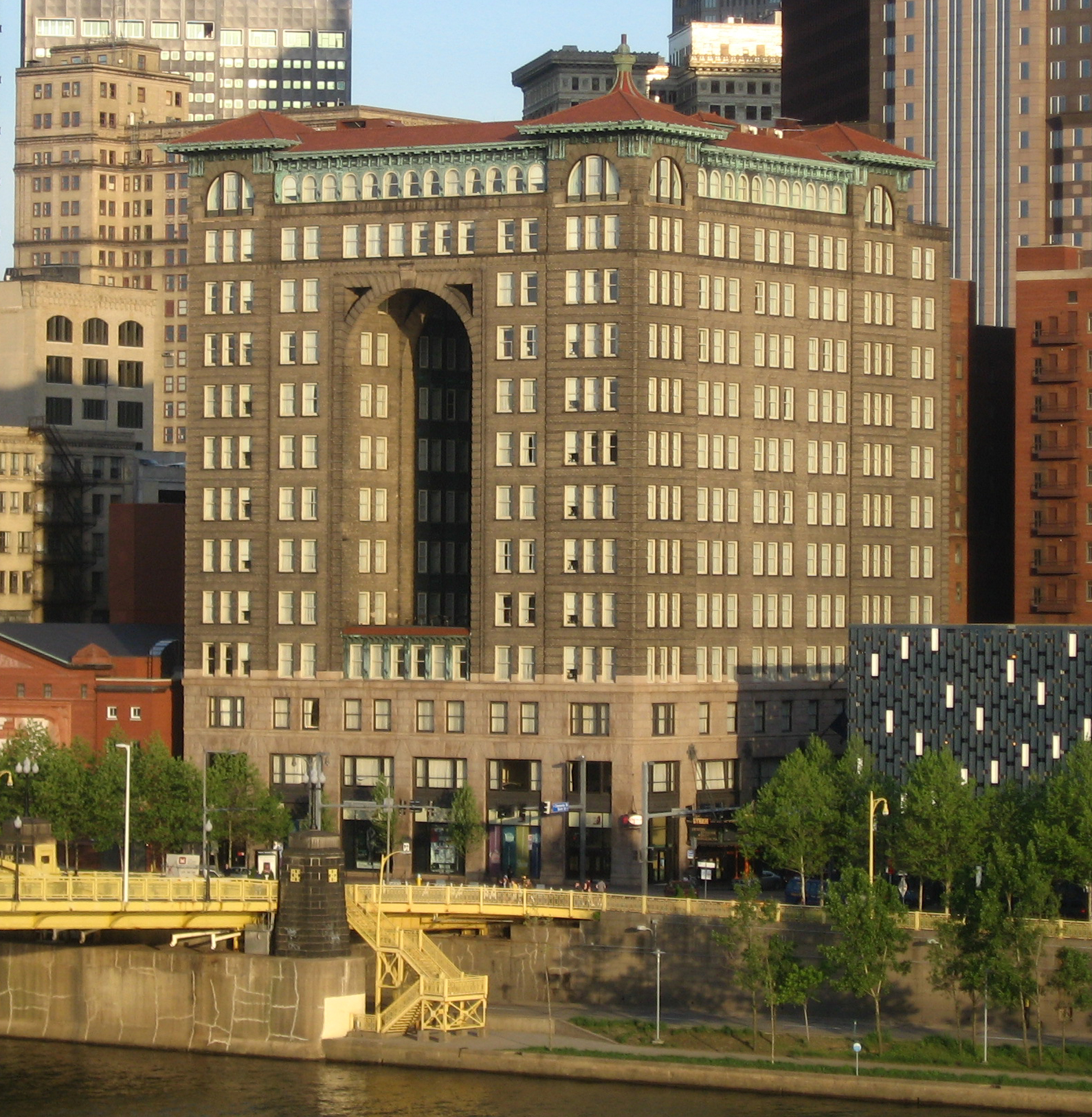 The Renaissance Hotel building in downtown Pittsburgh is a distinctive part of the city’s skyline, sitting just off the south end of Roberto Clemente Bridge.

The 13-story, Renaissance Revival style building at 107 Sixth Street opened in 1906, originally known as the Fulton Building. It was commissioned by entrepreneur Henry Phipps and named for the inventor Robert Fulton.

The building’s intricate design, which includes a seven-story archway and a thirty-foot stained-glass dome, was done by architect Grosvenor Atterbury. An adjacent building, also designed by Atterbury, was built around the same time and was almost identical to the Fulton Building; it was demolished in the ‘60s to make space for a parking garage.

The building served as office space for decades before gradually declining. Its lobby even briefly hosted an ’80s nightclub in its later days. By the ‘90s, however, the building had fallen into disrepair.

In 1998, the building was purchased by Sage Hospitality Resources for $2.45 million. Sage, which also later spearheaded The Crawford hotel in Denver Union Station, began planning a $44 million redevelopment project that would convert the former office building into a Marriott-branded hotel.

J.G. Johnson Architects and Wilson & Associates collaborated to reimagine the space as a four-star hotel, incorporating and restoring many of the building’s original architectural features including its dome.

In 2001, the new Renaissance Hotel opened its doors, featuring 286 rooms, nine meeting rooms, and a three-story lobby with a bar and restaurant.

The following year, the newly-renovated building was added to the National Register of Historic Places.

Today, the hotel is still in operation within downtown Pittsburgh which, like the Fulton Building, has made a dramatic turnaround from its decline in the ‘90s.