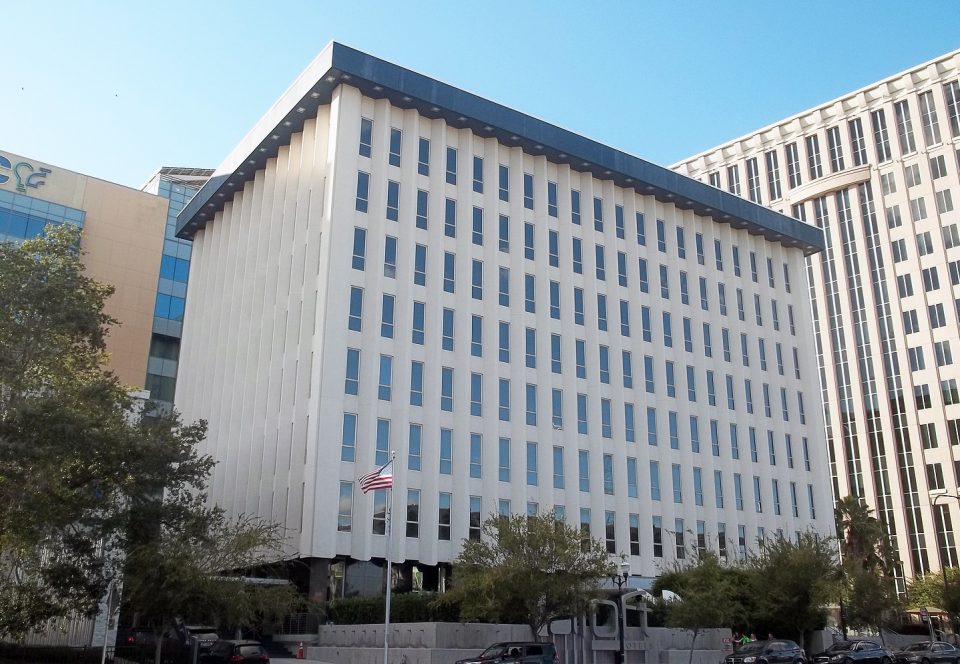 Though Aloft Orlando Downtown Hotel has been open for less than a decade, the building in which it resides has a history dating back to the late 1960s.

The building first opened in April 1968 as the Orlando Utilities Commission’s administrative building. The eight-story, Modern-styled office building was designed by locally-based architect Richard Boone Rogers; many of Rogers’ other designs, including the old Orlando City Hall building, have since been demolished. The exterior façade of the building was composed mostly of granite and pre-cast concrete, and the structure cost $3 million to build.

The OUC administration building, in addition to administrative offices, also housed the utility’s accounting operations and part of its engineering department. The accounting department’s fourth-floor space included an IBM System/360 mainframe computer that the company had acquired a few years earlier. Its basement was outfitted with a Heat-of-Light air conditioning system.

OUC operated within the building for four decades before commissioning a newer structure not far from the old one. That new facility opened in 2008, leaving the older building vacant.

Thankfully, that vacancy was relatively short-lived. The property was purchased from OUC by GDC Properties LLC in late 2011; the company then set out to convert the building into a 118-room hotel with conference flex space and a bar.

The building was added to the National Register of Historic Places in 2012, and it reopened in 2013 as Aloft Downtown Orlando Hotel. The new hotel gained LEED Gold certification status in 2015.

Sitting along I-4 just south of the city’s popular Church Street Station entertainment district, as well as the Dr. Phillips Center for the Performing Arts, the Aloft is in an optimal position for a hospitality venue in one of the world’s most popular tourist destinations, making it likely that the old OUC administration building it which it operates will be around for the long haul.