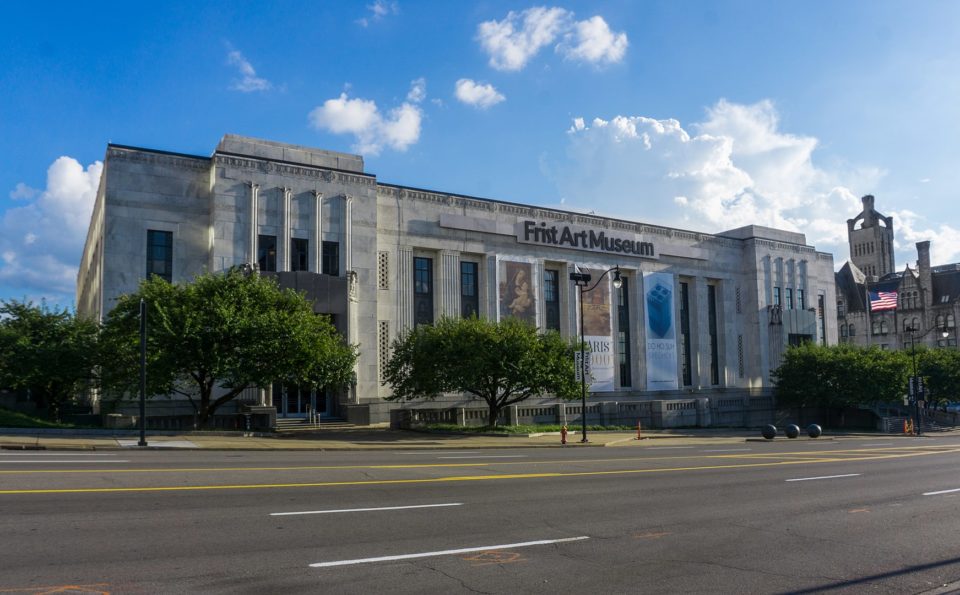 Located in downtown Nashville, TN, the Frist Art Museum has served as the city’s premier art gallery since opening in 2001. But the building in which it operates dates back to the Great Depression era.

More specifically, the building at 901 Broadway was constructed toward the end of the Depression as Nashville’s new main post office facility. Built between 1932 and 1934 for $1.5 million, it was funded by the Works Progress Administration, an agency created by the 1933 National Industrial Recovery Act.

Designed by architecture firm Marr and Holman, the building featured strong Art Moderne elements, including cast-metal ornamentation and heavy use of marble within its lobby, along with some elements of Neoclassicism. The three-story structure, which included a basement with a boiler room and office space, featured just under 150,000 square feet of space.

The new post office replaced an older one that was also located along Broadway, and it was adjacent to the Union Station building – which still stands today as a hotel.

The building served as the main Nashville hub for the U.S. Postal Service for five decades. It underwent renovations in the late 1950s; those renovations added loading docks and a one-story addition, and also covered up the skylights that originally shined through the roof of the building.

The post office building was added to the National Register of Historic Places in 1984, but two years later, it would lose its status as the local distribution center for the Postal Service when a new facility opened near the airport. The building was still utilized as a post office branch location, but only a single story was necessary for its operations.

In the 1990s, the city of Nashville began looking into possible alternative uses for the aging post office building. It acquired the property from the U.S. Postal Service in 1998, with plans to lease back a smaller portion of the ground floor to remain as a branch location.

The city then joined with the Frist Foundation, led by billionaire Thomas F. Frist, Jr., to create the Frist Center for the Visual Arts. The building underwent renovations led by Tuck-Hinton Architects that included restoring the original skylights.

The Frist Center opened to the public in late 2001. In celebration of its 17th anniversary, it rebranded as the Frist Art Museum in 2018. The museum still operates today – as does the post office branch location, which has its own entrance on the western end of the building.