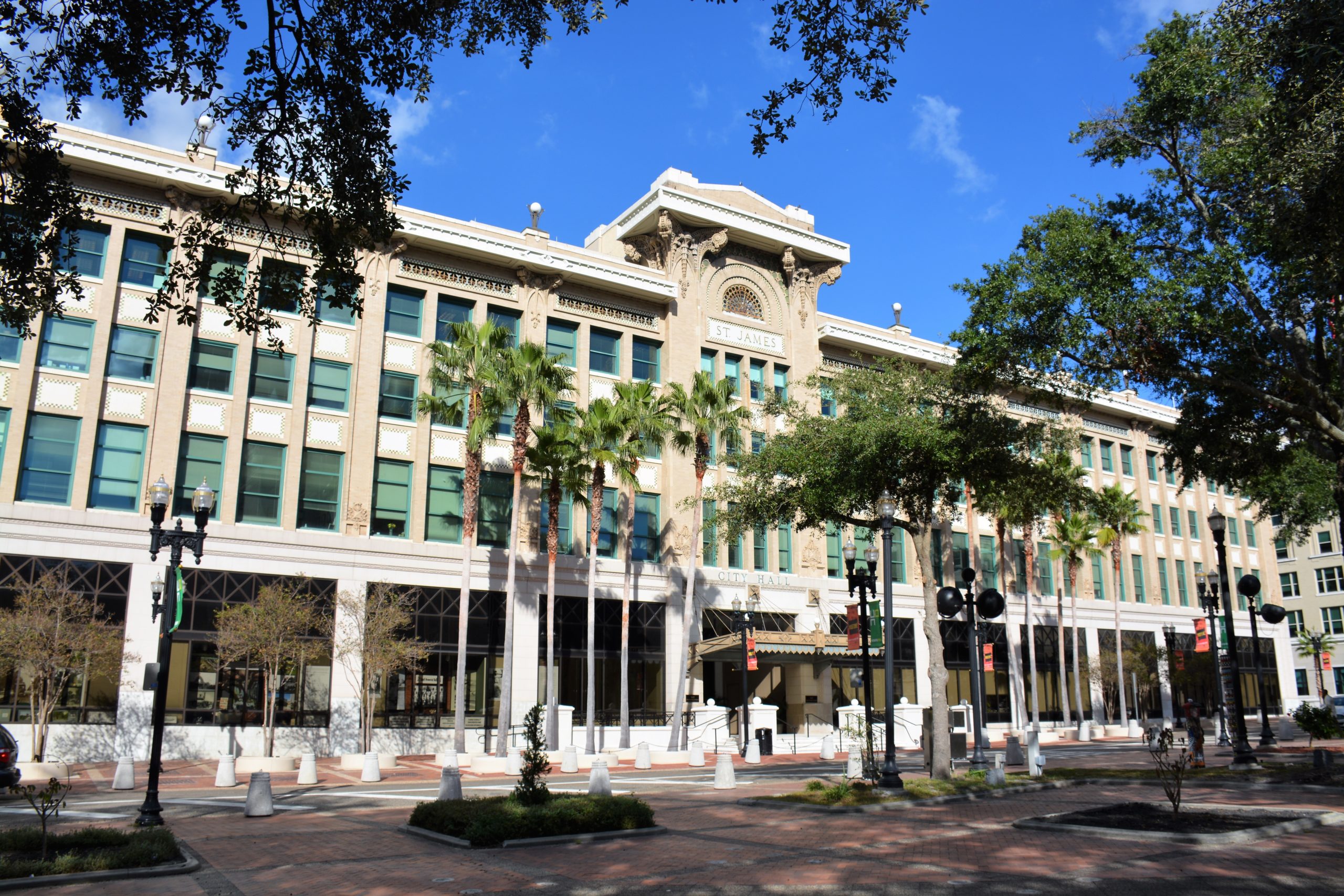 The St. James Building, located at 117 W. Duval Street in downtown Jacksonville, is one of the country’s most beautiful city halls.

But the building has a much longer history than its relatively short stint as the center of Jacksonville’s city government.

The building sits on a site once occupied by the St. James Hotel – after which the “newer” building was named. When the hotel burnt down in a large fire, the property was snatched up by a competitor to ensure whatever was built in its place wouldn’t be another hotel. It was eventually sold to Morris and Jacob Cohen, who planned to open a department store there.

A grand design developed by famed architect Henry J. Klutho was chosen for the building. Klutho’s plans called for a four-story, mixed-use structure. There were street-level shops on the outside, with Cohen Brothers occupying the first two floors of the interior, and two stories of rentable office space on top of the store. The top of the department store featured a giant glass dome as its centerpiece. The interior of the store almost resembled the center court of a shopping mall, decades before the widespread introduction of suburban malls.

Klutho himself rented space in the building for around a decade.

The store opened in 1912 as the largest structure in Jacksonville at the time, and it became an instant hit. It would be a key part of some of downtown Jacksonville’s most successful years.

A remodel in the mid-1920s resulted in the removal of the department store’s glass dome.

The department store operated as Cohen Brothers until May Department Stores bought it in 1958 and turned it into May Cohens. May Cohens managed to chug along for 30 more years, closing its doors in 1987.

The St. James Building sat without a major tenant for less than a decade when in 1993, as part of the River City Renaissance plan, the city made plans to purchase and restore the building for use as its new city hall. The project would come at a price tag of $24 million and would involve the reconstruction of Klutho’s glass dome.

Additional upgrades included access for people with disabilities, energy-efficiency upgrades, and reversing many of the renovations made to the building since its original construction.

The building re-opened as Jacksonville City Hall in December 1997. Since then, small upgrades and renovation projects have occurred to keep the building modern enough for its main usage.

Today, it continues to serve as Jacksonville’s city hall building and ranks among the nation’s most impressive and historic city halls.