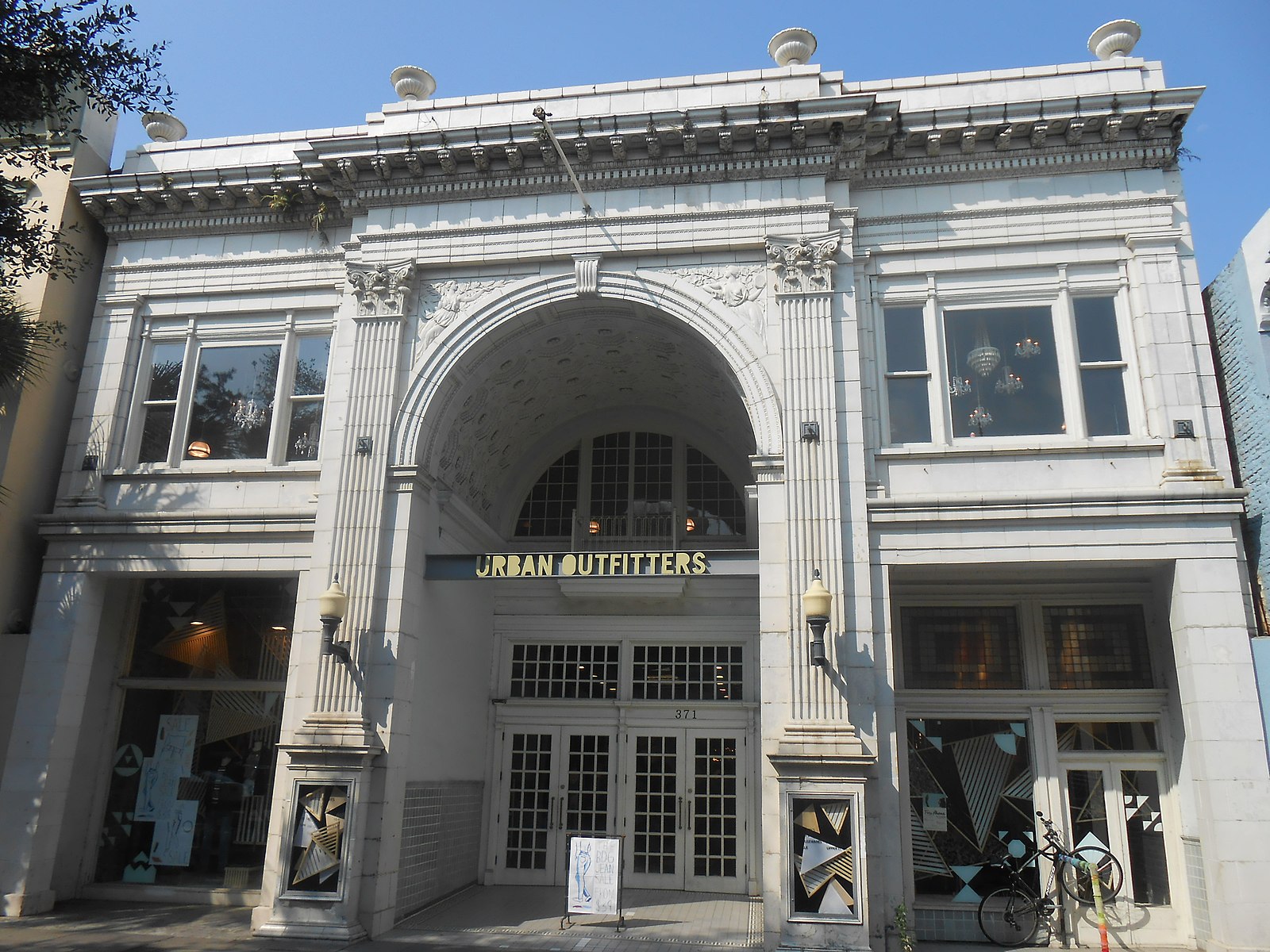 With multi-screen movie theaters becoming the predominant trend in America, their single-screen counterparts have slowly died off and were left to either find a new use or face demolition. Those were the options facing the Garden Theatre at 371 King Street in Charleston, SC, when the city opted to part ways with the property in 2003.

The single-screen theater, owned by Albert Sottile, first opened in 1918 as a vaudeville theater that also showed silent movies with in-house sound effects. Over the years, it advanced to take on “talkies” and staged shows. Its Beaux-Arts style design was conceived by C.K. Howell of architecture firm Howell and Hyer, which designed several other theaters across the country. It featured neon signage and a large, vaulted entrance.

The theater was one of several that were located along King Street, as well as one of multiple theaters designed by Howell and owned by Sottile. The theaters thrived for many years, but by the ‘70s, they were all beginning to struggle.

The Garden Theatre shut its doors in the early 1970s. It didn’t stay vacant for long, though.

The city of Charleston took control of the building in 1977, remodeling and restoring it for use as host of a variety of public and private performing arts events. It lived on in this capacity – a performing arts theater – for over two decades, but the city decided in the early 2000s to absolve itself of the property.

A local group, Friends of Garden Theatre, tried to convince the city to retain the building but was ultimately unsuccessful.

The building was sold off, with new ownership planning to secure a retail tenant. Sure enough, Urban Outfitters signed a lease to open within the building in 2005. They modified their new space to suit them, with curtains and seating replaced by display fixtures, but preserved many of its historic details. The former theater’s stage is now used for the retailer’s dressing rooms.

While it’s certainly a shame that the Garden Theatre closed down, the building’s reuse as an Urban Outfitters store allows its history to keep living.