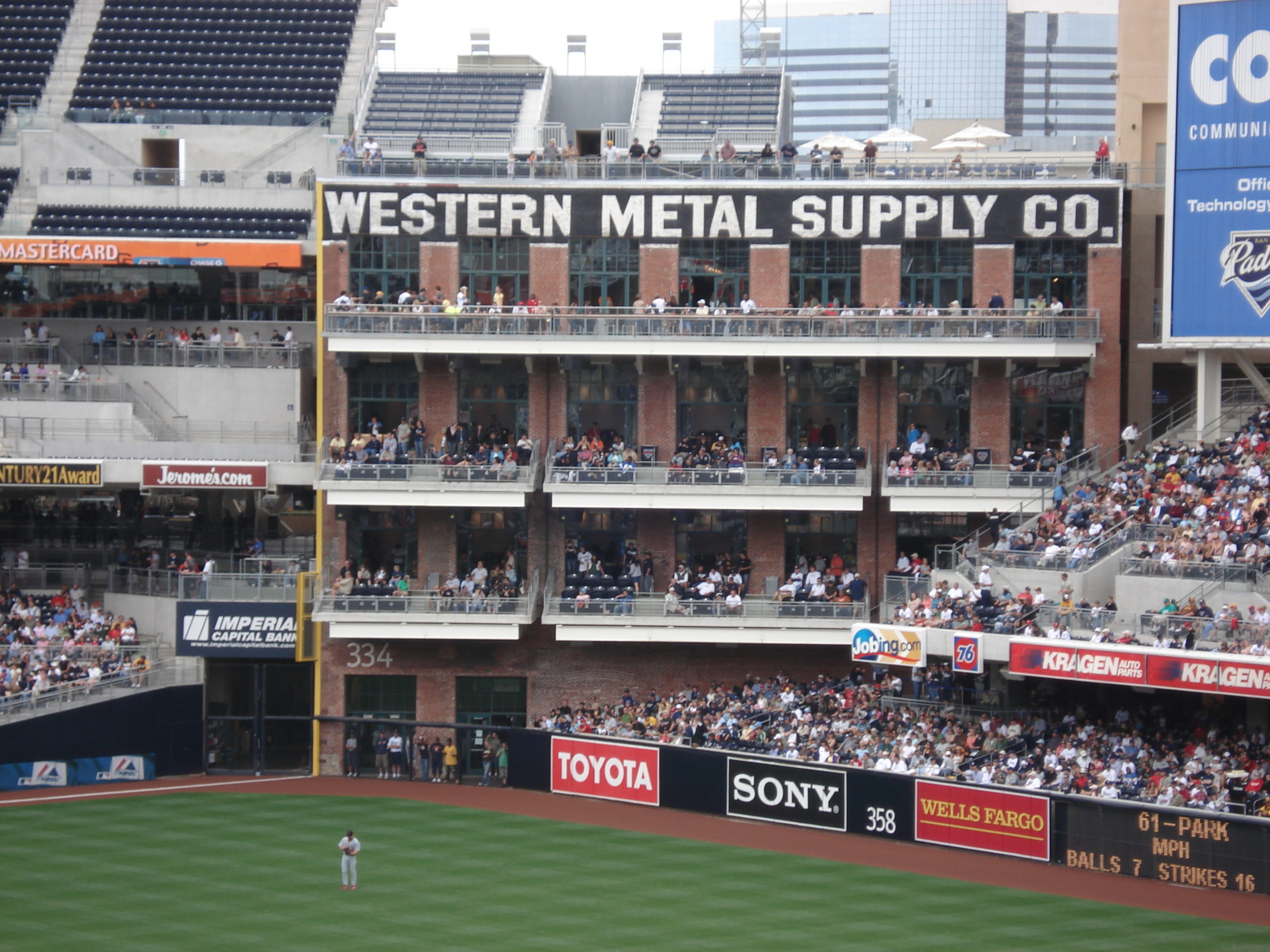 Often times, when a new sports venue is built in a city, it brings about the destruction of one or more historic buildings. This is especially true when that new venue is set to be located downtown.

And indeed, that was the original plan for the old Western Metal Supply Co. building at 215 Seventh Avenue in San Diego, CA, when plans emerged for a new downtown ballpark to serve the Padres of the MLB.

The four-story building, designed by architect Henry Lord Gay, was built in 1901 and housed industrial metal manufacturing operations for decades near the historic Gaslamp Quarter neighborhood in downtown San Diego. It was declared a historic landmark in 1978, just a few years after the company went out of business. By the time plans emerged for Petco Park, the building had been sitting empty for a couple of decades.

The building was saved by two factors: its status as a landmark, and the advocacy of local historic societies – most notably Save Our Heritage Organization.

The city ultimately opted to leave the structure standing, but it didn’t give up on putting a ballpark on the property. Architecture firm Populous – then known as HOK Sport Venue Event – worked in collaboration with San Diego-based Heritage Architecture & Planning to design a new ballpark around the historic building, incorporating it into the design while also restoring and renovating the building itself. Populous had previously served as the architecture firm for Minute Maid Park, which also incorporates a historic building into its overall design.

The park opened in 2004 with the Western Metal Supply Co. building sitting along the outfield – and even serving as the left-field foul pole. The building now houses the Padres’ official team store, private suites, and two restaurants.

The presence of Western Metal Supply Co.’s building within Petco Park proves that the demolition of historic buildings is far from a requirement when making room for a new ballpark, stadium, or arena.