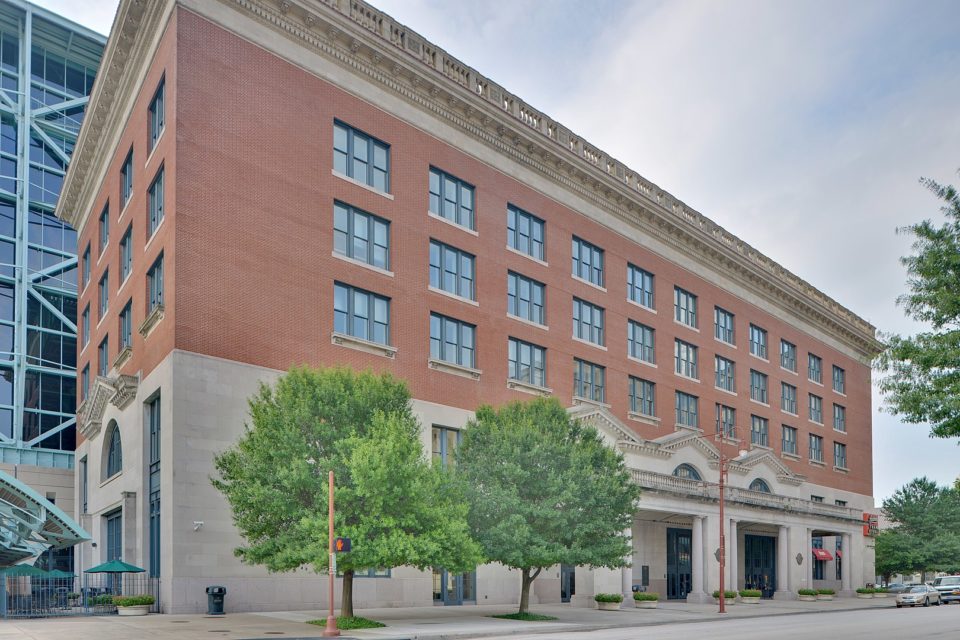 When the city of Houston set its sights on developing a new downtown baseball park for its hometown Astros, it selected a site that included the former Union Station building at 501 Crawford Street. But instead of demolishing the historic structure, the city instead opted to incorporate it into the new ballpark.

The Union Station building was originally constructed in 1911. Designed by NYC-based Warren & Wetmore, it was commissioned by Houston Belt and Terminal Railway Company for $500,000.

During its early days, Houston was a city largely built around its railroads, serving as one of the South’s largest railroad hubs. Union Station was an extremely active place as a result, to the point that just a few years into its existence, three additional stories were added to the original three-story structure.

The station and its rail cars thrived for years, but traffic at the station gradually began to decline as people and businesses opted for different forms of transportation. It limped along until its last rail line moved elsewhere in 1974, after which point the station fell into disuse. It was, however, added to the National Register of Historic Places in 1977.

In the ‘90s, the city of Houston began looking into replacing its aging Astrodome with a new ballpark. It ended up selecting a downtown site that included Union Station, supposedly influenced by Enron’s top executive Kenneth Lay whose company would later purchase naming rights to the ballpark.

Rather than demolishing the historic building, project architecture firm HOK Sports instead envisioned it as a grand entrance to the proposed $250 million ballpark. The park’s design took cues from both the Union Station building and other buildings in the surrounding area.

Enron Field opened to the public in 2000, debuting the freshly-renovated Union Station building featuring a team store, café, and office and meeting space on its upper floors. On its top floor sat a clubhouse leading to a rooftop deck.

Inside the park, a large model train moves back and forth on a track behind left field as an homage to the history of both its entry building and the city of Houston as a whole.

The park was renamed Minute Maid Park in 2002 following Enron’s bankruptcy. It has since hosted the World Series three times.

And thanks to the firm and the city’s efforts, Union Station looks poised to live on for decades to come.