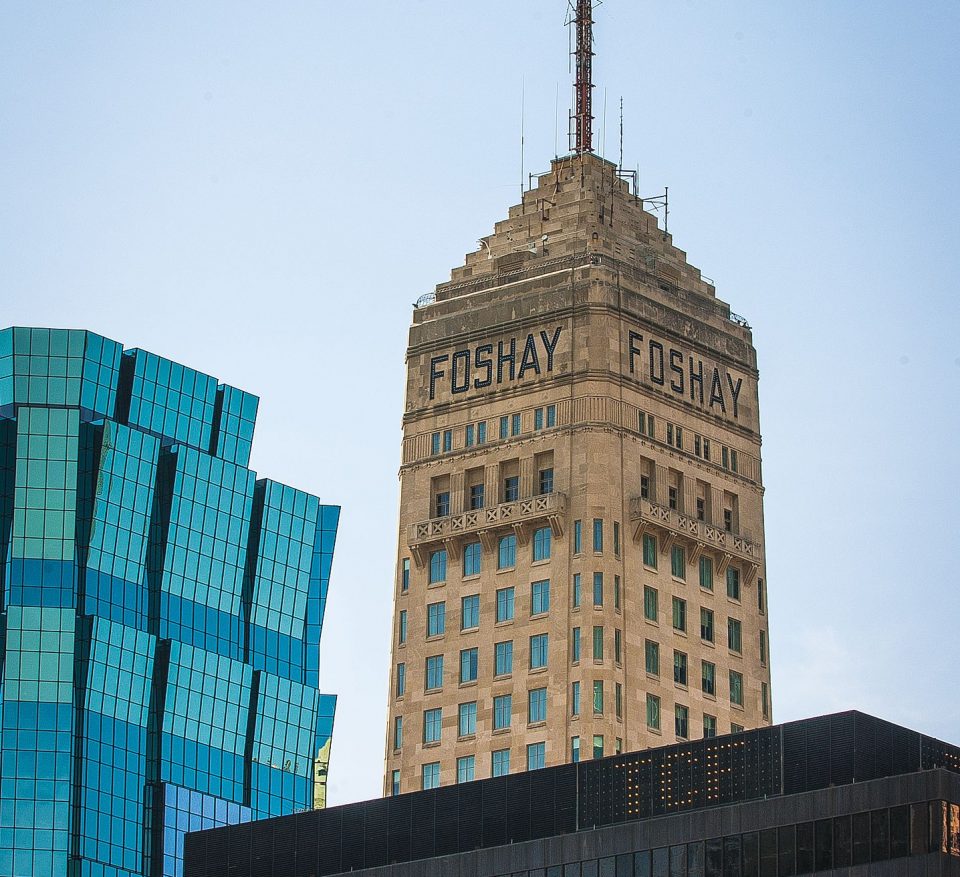 Next time you visit Minneapolis, you can stay a night in the historic Foshay Tower building, once dubbed the “tallest skyscraper in the Northwest” and now home to W Minneapolis Hotel.

The 32-story tower at 821 Marquette Avenue was developed by Wilbur B. Foshay, who worked with architectural firm Magney and Tusler to craft a design inspired by the Washington Monument. Construction began in 1927 on the $3.75 million project and was completed in 1929.

Peaking at 447 feet at its tallest point, the building was Minneapolis’s tallest skyscraper for several decades. In addition to its 32 stories, the building featured a four-level basement that included a 200-car garage and maintenance space. A ground-floor arcade entrance led visitors to a fountain featuring a sculpture by Harriet Frishmuth.

Foshay and Gottlieb R. Magney of Magney and Tusler were awarded a patent in 1930 for the fabricated steel-and-reinforced concrete construction method they devised as part of the project. Another patent was awarded in 1931 for the illuminated “FOSHAY” emblem carved into the building’s limestone façade on all four sides.

The office tower was intended to serve as the headquarters for W.B. Foshay Company; Foshay’s lavish offices were to be located on the 27th and 28th floors. But shortly after Foshay held an elaborate grand opening event for the building, he was jailed on fraud charges – losing his company and his grand new building along with it.

The new building that bore his name, meanwhile, continued being utilized as an office tower, passing between various owners. The tower was owned by MEPC Investments at the time it was added to the National Register of Historic Places in 1978. Remodels in the ‘50s and ‘80s took away small elements of the tower’s original design.

Foshay Tower was in deteriorating shape when, in the mid-2000s, Ryan Companies initiated plans to redevelop the structure into a hotel in conjunction with local real estate developer Ralph Burnet.

The redevelopment efforts, which included the work of engineering firm Meyer, Borgman and Johnson as well as architecture firm Elness Swenson Graham, involved restoring design elements lost in remodels over the years as well as restoring the arcade’s original ceiling.

The building reopened in 2008 as the 230-room W Minneapolis Hotel. Seven years later, it was acquired by Ashford Hospitality Trust for $86 million.

Today, the historic building continues to house W Hotel, and an outdoor observation deck on the 31st floor allows visitors to take in the views of downtown Minneapolis.