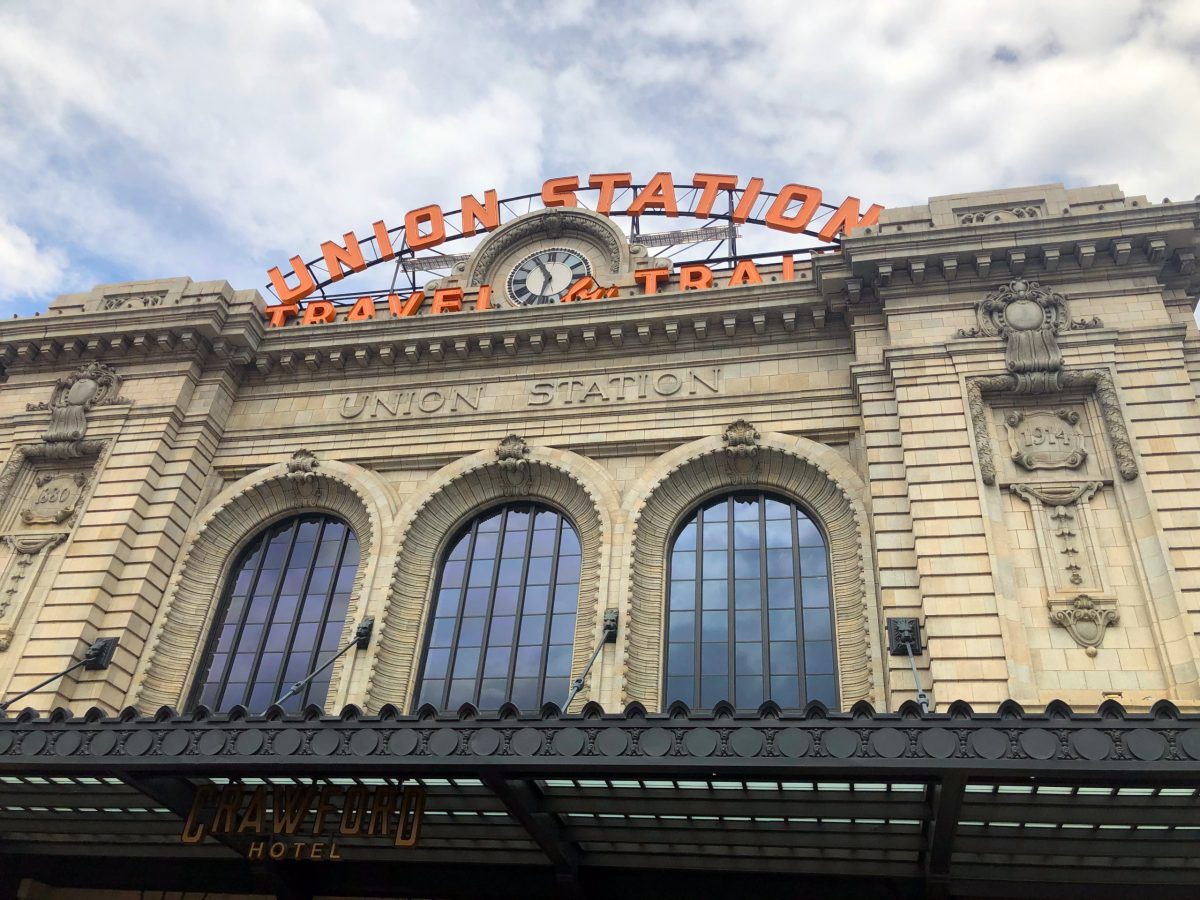 Now a mixed-use center of activity in Denver’s LoDo district, the Denver Union Station building has a history dating back to 1881.

That’s when Denver Union Station was first built at 1701 Wynkoop Street, although it looked quite a bit different than it does today. The original Italian Romanesque-style building was designed by architect A. Taylor and featured a central section flanked by wings on the north and south. Additions to those wings were built in 1892.

When consolidation brought about the creation of Denver Terminal Railway Company, the company took control of Union Station and decided to demolish the original central section. In its place, a three-story, $4 million grand hall building was constructed; its design, handled by local firm Gove & Walsh, featured elements of Neoclassical and Beaux-Arts styles and wedged the new structure in between the existing wings, which were preserved.

At its peak, nearly a hundred trains operated out of the grand Union Station. The building also housed a barber shop, a police station and small jail, and other mixed-use tenants. The station was expanded in 1932 to accommodate its traffic. Around the same time, a once-prominent “welcome” arch that sat outside the station for decades was demolished.

By the ‘50s, commuter rail travel was in rapid decline – both in Denver and across the country. Renovations between 1952 and ’53, including the addition of the station’s now-iconic neon signage, aimed to reinvigorate the station, but traffic continued to decline as cars and air travel became the dominant methods of transportation.

Only a handful of trains remained operational at the station by the time it was added to the National Register of Historic Places in 1974. Besides a coffee shop and offices, there wasn’t much left inside of the station; a portion of it was utilized by the Postal Service.

The station continued to limp along until the turn of the century when the city hatched plans to redevelop the building and its surrounding land as a new transit hub. The Regional Transportation District bought the property in 2001 and began searching for a development team.

The project would entail rebuilding the existing Amtrak station behind the historic structure to incorporate high-speed rail lines, along with the addition of a new hub for bus travel. The station building itself, meanwhile, was to be reimagined as a central piece to the new transit center. In all, it was a half-billion-dollar development.

In 2012, a group called Union Street Alliance was selected to restore the station and redevelop it into a mixed-use facility with hotel, office, retail, and restaurant elements which would also serve as a check-in and waiting area for rail and bus travelers. Former rail ticket stations were renovated to create a bar area within the “grand hall,” aptly named the Terminal Bar. A large portion of the building was converted into the 112-room Crawford Hotel managed by Sage Hospitality – which also played a major role in the nearby Courtyard by Marriott project.

Union Station reopened in May 2014, in time for the building’s 100th anniversary. Along with Terminal Bar and The Crawford, tenants of the newly-renovated station include seven restaurants, three retail shops, an ice cream shop, a lounge, and a coffee shop that also sells Union Station memorabilia. It also hosts a weekly farmers market on Saturdays.

Today, Union Station is thriving, with its operators now trying to limit public activity in a grand hall that was once routinely barren. The transit hub as a whole serves hundreds of thousands of passengers each week.