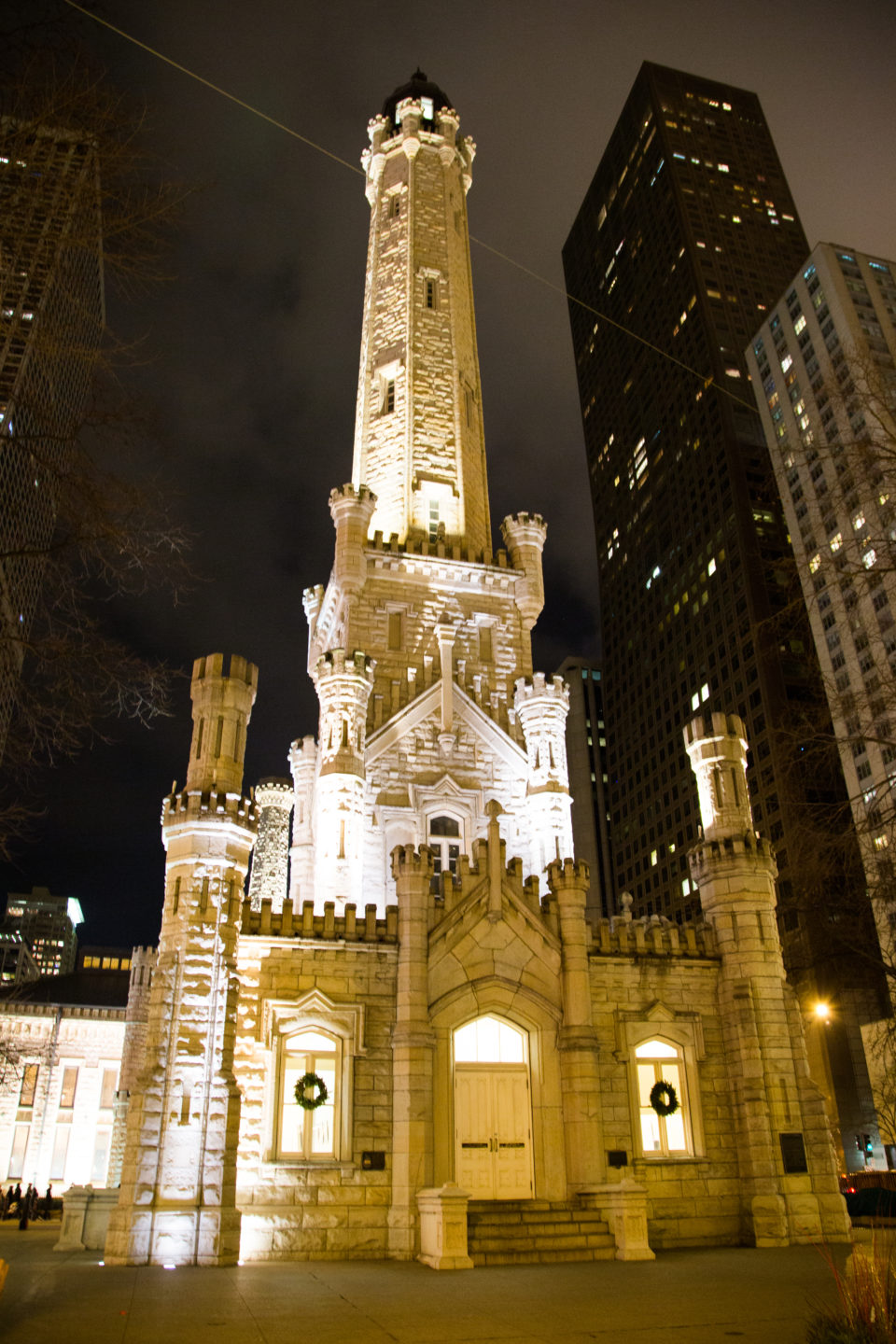 Generally speaking, water towers are usually relatively boring structures, built for utilitarian purposes rather than aesthetics. But that wasn’t the case for the old Chicago Water Tower and Pumping Station, which over the years has become a Chicago landmark due to its longevity and its grandiose design.

The water tower and pumping station were built on Michigan Avenue between 1867 and 1869. Both were designed by architect William W. Boyington, who had designed several other key buildings in Chicago. Unfortunately, many of Boyington’s designs burned to the ground during the Great Fire of 1871, which caused hundreds of millions of dollars in damage to the city and consumed several structures surrounding the water tower but left the structure itself – and its adjacent pumping station – mostly untouched.

Through the years, the old water tower was considered a candidate for demolition but always managed to escape unscathed. Instead, the building’s façade was restored twice by the city, allowing it to live on as the second-oldest water tower still in existence, bested only by the Louisville Water Tower in Kentucky. In 1969, on its 100th birthday, the building was named an American Water Landmark by the American Water Works Association.

To ensure the tower’s future sustainability, however, it would need to find a purpose beyond its original one. Luckily, in the early 2000s, an adaptive reuse project began with the aim of activating the interior of both the water tower and its pumping station building.

In 2003, Lookingglass Theatre Company debuted in its new space within the pumping station, designed by Morris Architects/Planners. Shortly afterward, the water tower was converted into an art gallery for the city.

The tower is occupied today by City Gallery in the Historic Water Tower, while the pumping station still houses Lookingglass and continues to serve as a functioning water pump as well. Both remain standing as reminders of Chicago’s past, and as beacons of hope that survived one of the city’s most tragic hours.