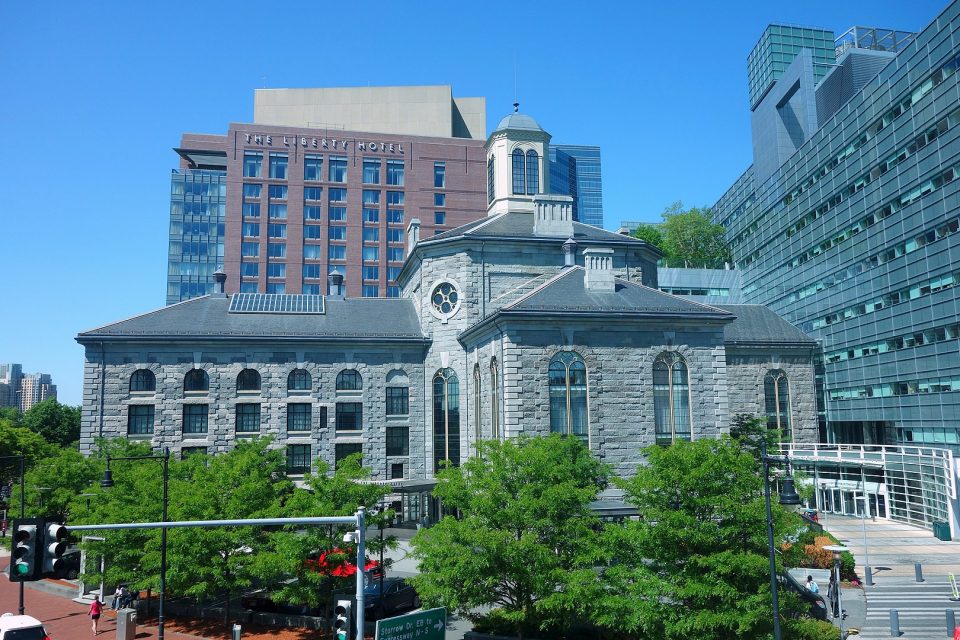 When visitors to downtown Boston, MA, stay at The Liberty on Charles Street, they’re staying willingly in a building that was originally designed solely for non-voluntary habitation.

Indeed, a significant portion of the hotel – located at 215 Charles Street, just off of Longfellow Bridge – was originally built in 1851 as the Charles Street Jail. Designed by Gridley J.F. Bryant, who also designed Boston’s since-demolished old city hall building, the jail was a four-wing, 200-cell Boston Granite-style gem from an era in which correctional facilities were designed to be more than just functional. Bryant consulted with prison reform advocate Rev. Louis Dwight while designing the jail.

The Charles Street Jail – also referred to as the Suffolk County Jail – served as the county’s correctional facility for well over one hundred years. By the 1970s, the jail was so overcrowded and inadequately sized that it was ruled to be in violation of the constitutional rights of its prisoners. Despite that fact, it continued to house prisoners until 1990, when it was permanently decommissioned.

A year later, the jail building and its surrounding property were acquired by its next-door neighbor, Massachusetts General Hospital. The hospital sat on the property for a few years before finally reaching an agreement in 2001 with development group Carpenter & Company to lease and redevelop the property.

Carpenter & Company then worked with architecture firms Ann Beha Architects and Cambridge Seven Associates to convert the jail building into a luxury hotel. The $150 million project involved not only restoring the jail’s original details, including a cupola that was removed in 1949, but also adding a 16-story addition featuring guest rooms that approximated the original structure.

Today, The Liberty still operates next door to Mass General as part of Marriott’s Luxury Collection line of hotels.