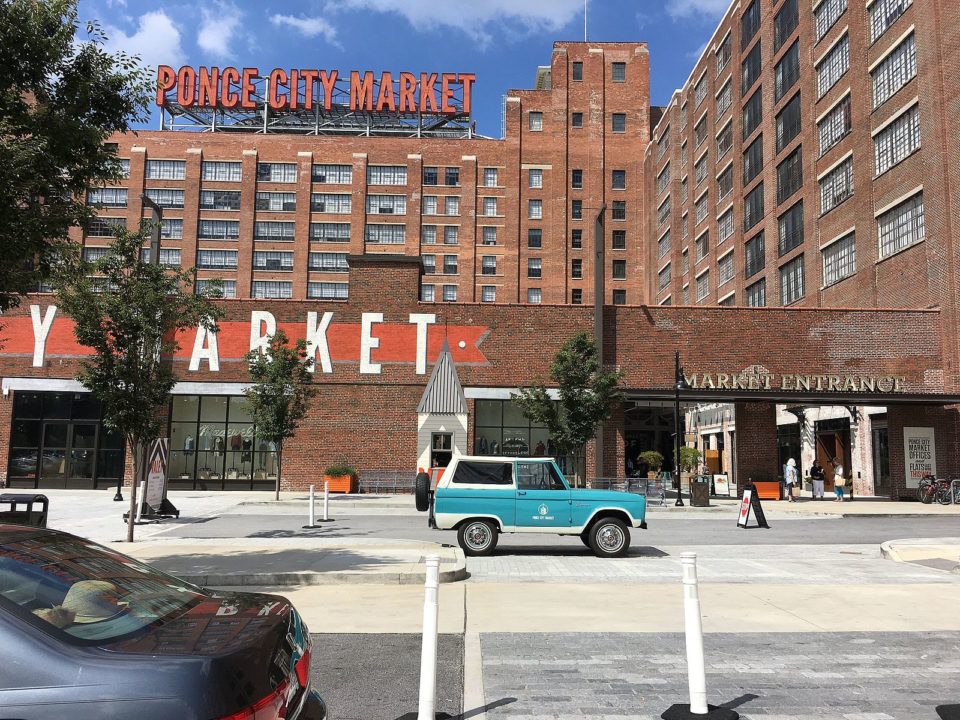 While the company has fallen on hard times in recent years, there was once a time when Sears was a retail giant.

In the early 1900s, Sears, Roebuck, & Co., as it was then known, was in the midst of rapid growth fueled by its popular catalogs that allowed it to function almost like an offline version of Amazon, shipping goods directly to consumers through the mail.

It soon began expanding its warehouse operations and experimenting with a department store concept. In the ‘20s, the company purchased a 16-acre plot of land along Ponce de Leon Avenue in Atlanta, GA, which had formerly been home to an amusement park.

The Sears, Roebuck, & Co. Mail-Order Warehouse and Retail Store opened in 1926 and was an instant hit among Atlanta residents – so much so that the company added onto its original building in 1932. The complex grew steadily, serving as one of Sears’ largest distribution hubs in the Southeast.

After subsequent additions in 1948 and 1966, including an additional nine-story, 600,000-square-foot warehouse building, the complex had expanded to 2 million square feet of space – and Sears, Roebuck, & Co. had become America’s top retailer. Notably, all of the complex’s additions adhered to the original building’s aesthetic.

The company’s growth continued until the ‘80s, when it first showed signs of faltering. With catalog sales declining rapidly, Sears opted to market its Atlanta warehouse for sale and closed its retail store in 1989.

The city of Atlanta purchased the complex for $12 million and renovated it into office space, renaming it City Hall East and planning to move thousands of employees to the revamped complex. But the renovation process dragged on, and by the turn of the century the complex was still mostly unused.

In 2011, the city sold the property to international real estate company Jamestown for $27 million. The company set about renovating it into a mixed-use entertainment complex at a cost of over $200 million; the efforts included restoring almost all of the complex’s original hardwood maple floors. The master plan and design for the project were handled by S9 Architecture.

The first tenant within the redeveloped complex opened in 2012, and by the end of 2014, the majority of what had been re-dubbed Ponce City Market was open to the public.

The revamped development features 300,000 square feet of retail and dining including a central food hall, 300 residential units, rooftop mixed-use space, and 500,000 square feet of office space. The complex has since been added to the National Register of Historic Places and received an Urban Land Institute Global Award for Excellence in 2016.

To learn more about Ponce City Market, check out the venue’s website.