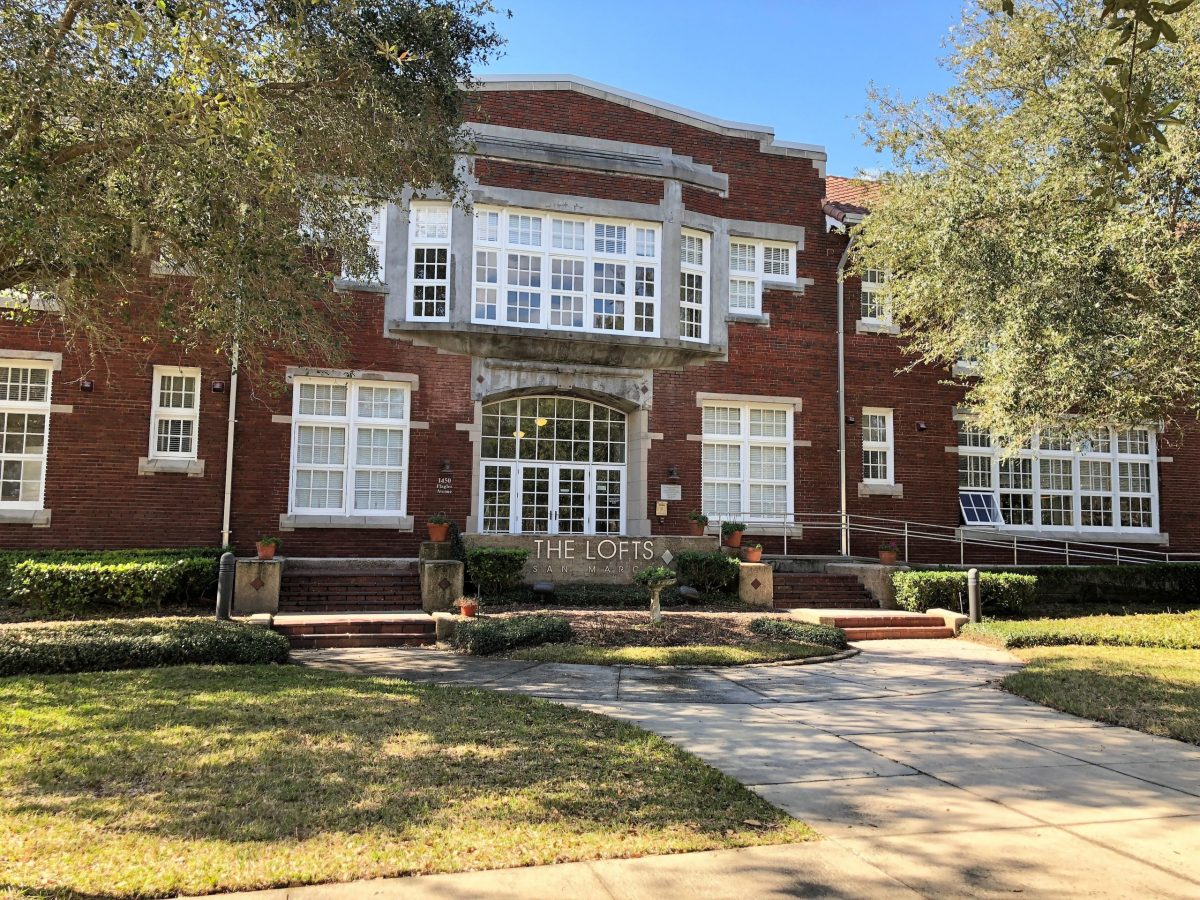 When The Lofts San Marco’s building was first built in Jacksonville, FL’s San Marco neighborhood, the area surrounding it was quite different from what it is now.

For one, it wasn’t known as San Marco.

The building, located at 1450 Flagler Avenue, began its lifespan in 1916 as the South Jacksonville Grammar School. It was designed by Mark & Sheftall Architects, a firm led by two students of early-1900s architect Henry Klutho.

As the name suggests, it served what was then known as South Jacksonville, a Northeast Florida town formed in 1907 that spanned an area similar to today’s San Marco neighborhood.

South Jacksonville was experiencing a surge of growth at the time the school was built, spurred by its position as a major transportation hub between downtown Jacksonville and everything south of the river. In 1932, the city was annexed by Jacksonville.

South Jacksonville Grammar School continued operating as a public school until 1971. Upon its decommissioning, the Duval County School Board transitioned the school into an administrative annex building, not far from its main offices on Prudential Avenue.

By the turn of the millennium, the school board no longer needed the space, and it was put up for sale.

The property was then purchased by local developer Cesery Companies, who set about converting the former school building into 38 loft units. They also added new townhomes adjacent to the historic property, with attached garages, a fitness center, and a swimming pool.

Upon relaunch, The Lofts San Marco was billed as the first “live/work/play” space of its kind in the neighborhood.

In 2004, the old school building was added to the U.S. National Register of Historic Places. And thanks to restorative efforts, the building has now surpassed 100 years of existence, looking poised to continue thriving in its new use for years to come as San Marco continues to grow.