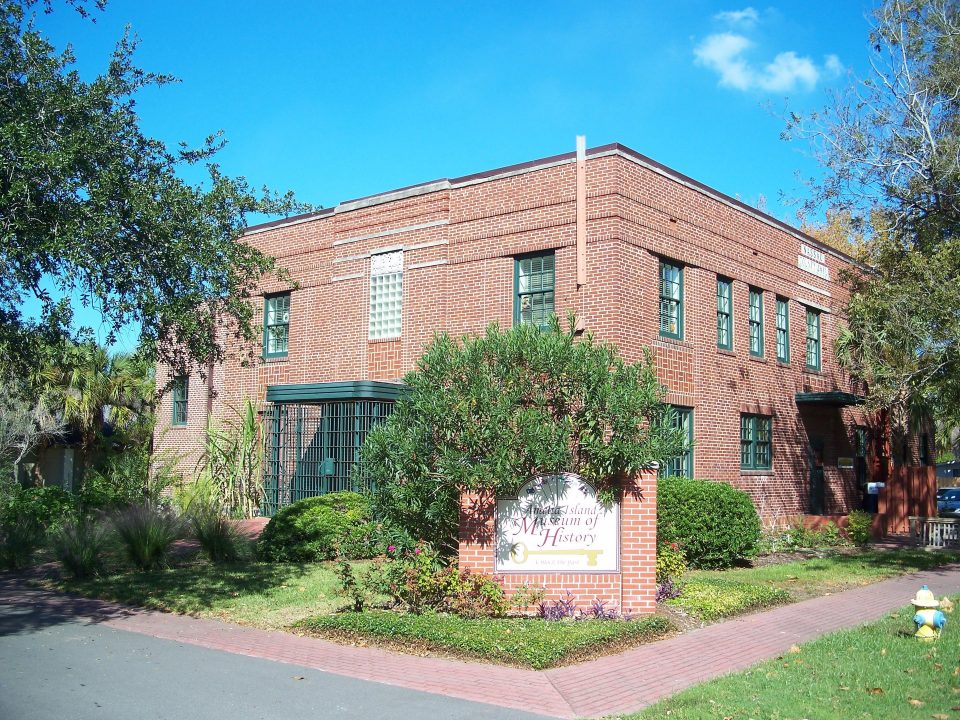 While jails today range from innovative to giant plain boxes on the architectural spectrum, historic jail buildings were usually designed to look every bit as ornate as any other civic structure.

Such is the case with Amelia Island Museum of History’s building in Fernandina Beach, FL, originally constructed as the Nassau County Jail.

When Nassau County sought to replace its existing jail building, it commissioned a design from Jacksonville-based architect Roy A. Benjamin who was known for his residential and theater designs. His Moderne-style design was constructed at 233 South Third Street, with iron work being handled by Decatur Iron & Steel Works.

The two-story Nassau County Jail opened in 1938; its brick exterior featured Moderne-style windows, iron coverings for its doorways, and the words “Nassau County Jail” etched into cast-stone ornamentation above its east entrance. Its first floor housed the jailer’s suite, while the second floor featured cells for prisoners.

As Nassau County grew, so too did its court system. Another Jacksonville-based architect, Abner C. Hopkins, was commissioned to design an expansion of the county courthouse in the early ‘50s; the county then commissioned him to design an addition to the jail building as well. That addition, finished in 1954, expanded both the first and second floors of the building. New wings of jail cells were added for women and to segregate Black prisoners from white ones. Cells were also added for solitary confinement and mentally-disturbed prisoners.

Unfortunately for the county, the jail still couldn’t keep up with the growth of the county’s court system. A new county jail was built elsewhere in 1978.

The next year, Fernandina Historical Museum contracted with the county to lease the former jail building and make it the museum’s new headquarters. After renovations, the museum opened in 1986 as Amelia Island Museum of History.

Further renovation projects were completed in 1995 and 2007, aimed at restoring the building’s features and better connecting the ’54 addition to the original structure. The 2007 renovations also brought the building up to ADA compliance.

The museum building was added to the National Register of Historic Places in 2009, and today it still operates as Amelia Island Museum of History. The first floor features multiple permanent exhibitions that highlight the history of Amelia Island, from the days of Native Americans to modern times. Among the exhibits is a recreated jail cell that replicates the experience of prisoners in the jail.

To learn more about the museum, visit its official website: https://ameliamuseum.org/