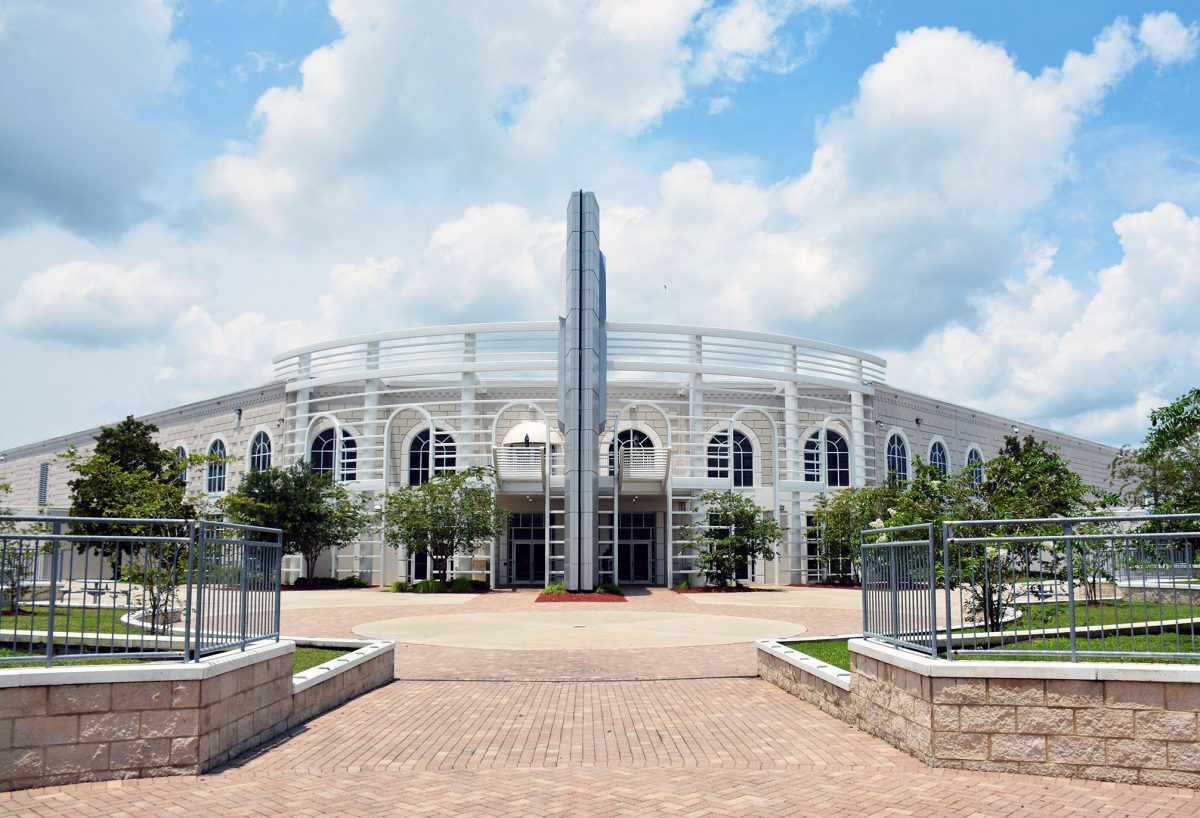 Students at Florida State College of Jacksonville’s Deerwood Center campus get the unique experience of taking classes in what was once an upscale shopping mall.

The campus was originally built in the early 1980s as the two-story, $16 million Grande Boulevard Mall. Designed by The Haskell Company, the mall was marketed as both unique and upscale – with a clear emphasis on the latter.

Grande Boulevard was anchored by Jacobson’s, an upscale department store that had around twenty locations nationwide at the time. It featured around seventy tenants in total, most of them high-end stores selling items with price tags in the hundreds, or even thousands.

The developers were hoping to capitalize on the wealthy residents of Jacksonville’s nearby Deerwood neighborhood. Advertisements for the mall pegged it as ritzy and “not for everyone,” in effect limiting its clientele to wealthy residents who wanted people to know they were wealthy.

Unfortunately, the developers had overestimated the demand for high-end retailers in the area. A combination of shortsighted marketing strategies and high price tags doomed the mall pretty early on in its lifespan. Strange decisions by the mall’s operators didn’t help, such as closing on Sundays and at 6:00 PM on weekdays.

Within just a few years of opening, the mall had been taken over by creditors and was hemorrhaging tenants. In 1994, the mall’s new owners sold the building – minus the Jacobson’s anchor spot – to Florida Community College at Jacksonville, or what’s now FSCJ.

The school then set to work on the corridors and shops of the mall into classrooms and open space for a new campus. By 1995 it had become the FCCJ Open Campus Deerwood Center, a self-contained campus formed from an abandoned mall.

Jacobson’s kept operating alongside the college until 2002, when the company went bankrupt. FSCJ then acquired the remaining space, incorporating it into the rest of the campus.

Today, FSCJ Deerwood Center houses much of the college’s IT program and is also home to its distance learning programs and some of its television operations. The building features a bookstore, food court, and office space.

As FSCJ continues to grow and thrive, its Deerwood Center campus will surely continue to be an important asset for the school. And while it’s not quite what the original developers had in mind for the space, the campus now serves as a rare example of repurposing a modern building.